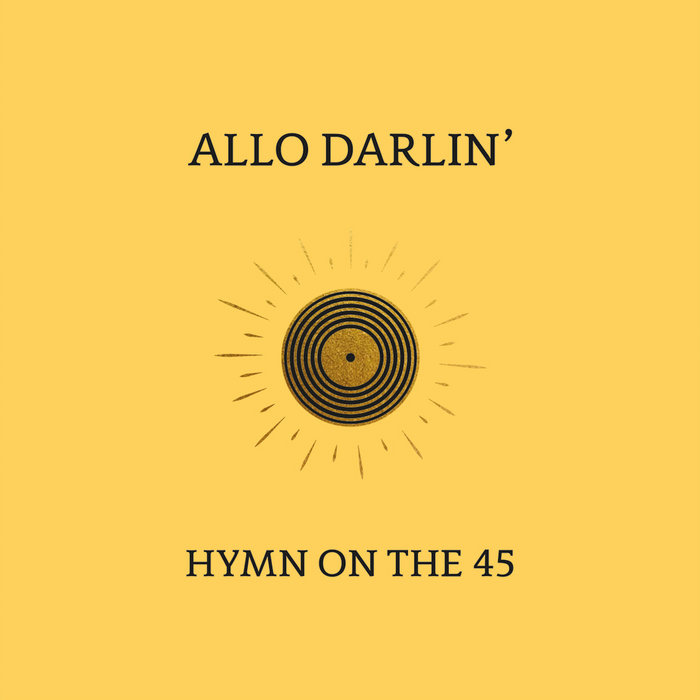 tabbycatt Seeing the best in the extraordinary world. Favorite track: Hymn on the 45.

sheena One of my favourite bands of all time exit on possibly the highest note of their career. They'll be missed. Favorite track: Hymn on the 45.

Mike Last ever release and a tune, these are sorely missed :-( Favorite track: Hymn on the 45.

Amii The goodbye single from my favourite band

Leave it to Allo Darlin’ to make calling it quits sound romantic and triumphant. The UK band, which a few months ago announced plans to split, will play a handful of farewell shows in London this weekend. Last week they released their final single, and the A-side, “Hymn on the 45,” ought to leave concertgoers misty-eyed yet grinning. Lyrically, the song is almost an admission of defeat, as lead singer Elizabeth Morris remarks with her usual disarming clarity on how people who criticized her for being too sensitive or who wouldn’t hire for a job must’ve been right all along. Her victory, though, is that she’s “Got you/And that hymn on the 45.”

The jangling, autumnal music is some of this band’s lushest: a meticulous build-up through conversational guitar licks and rumbling percussion to a grand finale of sax, flute, and violin. When Morris, who is originally from Australia but now based in Italy, sings, “This is where we live/In the in-between,” the words accrue multiple levels of meaning; the tunefully heart-tugging, gently word-wise Allo Darlin’ were misfits in the contemporary record industry as well, an act for transitions and liminal spaces. At the end of a year that has put the breakup of a favorite band into especially harsh perspective, “Hymn on the 45” shows that being able to play a song you love is still worth something. As the singalong chorus proclaims, “Turn it up, baby.”
Pitchfork

Bandcamp Daily  your guide to the world of Bandcamp

Benji B talks about his new compilation ‘Deviation Classics’